Top 5 Errors in Crisis Communications Response
"Just ask the organizers of the Boston Marathon or the mayor of Moore, Okla.
Social Recruiting Goes Mobile
Work4Labs has created an infographic named "Mobile Recruiting by the (Surprising) Numbers.
How Teachers Can Stop Being Scared of Twitter
Denise Scavitto covers her topic at Edudemic.
How to Create a Brilliant Business Blog
According to Melanie-Grace Obar, "Creating a brilliant business blog need not be a difficult task.
The Anatomy of a Successful Online Press Release: A Refresher
"Unfortunately, too many in public relations and general business alike often overlook the fundamentals of crafting and distributing a stellar online press release," says Jacqui MacKenzie (photo, left).
Would You Make Any of These Mistakes in a Social Media Crisis?
"Social media PR crises hit companies like tornados—out of nowhere and with deadly force," observes Peter Friedman (photo, left).
6 Tips for Proper Social Media Etiquette in the New Year
Dianne Gottsman (photo, left) advises, "As you set out 2014 with fresh goals and resolutions, don't overlook your social media profiles and activity.
When Does an Apology Mean Something?
"Apology speeches are best when they actually include an apology," says Leslie Ungar, president of Electric Impulse Communications.
Social Media Is Like Snakes and Ladders
"Let’s take a look at the top social media brands as if it was a game of SNAKES and LADDERS.
5 Reasons We Use Social Media
"Why do you use social media?
How to Humanize Your Corporate Video
In this CommPro.
Enough Boring Email Headlines! Case Study: This Redo Really Rocks
"Here’s the headline of a sales pitch email that landed (with a thud) recently in my inbox: .
Chapter 12. Great advice for getting started in digital video
This website offers a wealth of advice on producing quality videos.
Dealing with Negative Comments in Social Media
"You’ve succeeded in getting a social media strategy in place, you’re sharing amazing, relevant content – and then WHAM! Someone posts a negative comment, and you feel like all of the wind has been let out of your sails.
Social Media Crisis Communications for Bloggers
"People are taking to your digital properties with pitchforks and lit torches.
7 Horrific Mistakes Your Company Can Make on Camera
"If you or your CEO has been called upon by a TV news reporter to comment on a mass layoff, product recall or other urgent news situation, you know the feeling that this old Wide World of Sports adage can evoke: 'The thrill of victory and the agony of defeat,'" writes Gwen Chynoweth (photo, left).
Chapter 1: See how small businesses are using social media
"As technology adoption among small businesses increases, social media is an area that more business owners are becoming interested in.
Stop Asking Me for My Email Address
"It’s hard out there for a paranoid cybersecurity reporter," writes Nicole Perlroth (photo, left).
Mobile Message Mayhem
BusinessWriting.
Written Speech, Spoken Writing . . . and the Words
"I came across a table about the most frequently used words in spoken and written genres in James Pennebaker's book on "The Secret Life of Pronouns", so I did a quick analysis on my cca.
How to Get More Social with Your Next Presentation
Scott Schwertly (photo, left) explains "how you can play the social card during your next presentation: .
Five Ways to Use Mobile in Your Presentation
"One example of how extensively mobile devices have changed long-held conventions of communications is that presenters who once were disturbed by audience members texting on their phones now are worried if they don’t," says Steve Friedman of Present Perfect.
Don’t Make These Mistakes on LinkedIn
"Kim Brown is an assistant director for Syracuse University's Career Services department.
Are You Making Any of These Social Media Mistakes?
'"What are the biggest mistakes that you find small business leaders make when using social media?
Tweet This, Deny That: Social Media and the End of Denial 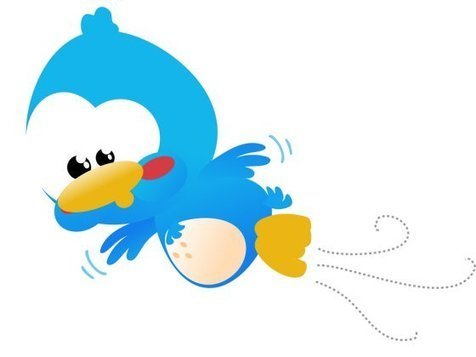 Digital shaming has become the newest form of public stocks, ensuring the wrongdoings of individuals are widely known and impossible to erase.