The Ultimate Interview Prep Checklist
"There is nothing more exciting or nerve-wracking than hearing you’ve been invited for an interview.
5 Things a Person Should Never Do in a Job Interview
"There are many things you have to remember to do and say in an all-important job interview, but don't miss the elephant in the room: the things that you should never do," says Justin Gmoser in his introduction to his video on the topic.
Effective Business Writing: Top Principles and Techniques
"Fundamentally, poor business writing is costly and leads to disastrous events.
14 Interview Questions People Should Never Answer
"In a recent LinkedIn post, Bernard Marr (photo,left), a global enterprise performance expert and a best-selling business author, says he’s always astonished to hear that candidates have been asked such inappropriate questions," writes Jacquelyn Smith in a post at BusinessInsider.
The Best Way to Stalk an Employer Before an Interview
".
8 Things You Should Never Say in a Job Interview
"Beyond being late and looking like a slob, there are a few things that you should NEVER say during a job interview.
How to Look Like a Pro on a Webcam Interview
" .
What 80% of Employers Do Before Inviting You for an Interview
"Many job seekers have described to me that submitting a resume in today's job market is mostly a banging-their-head-against-a-wall, extremely frustrating waste of time," writes Susan P.
The Right Way to Answer “What’s Your Greatest Weakness?”
David Reese (photo, left) offers a post on the topic at the Harvard Business Review blog.
5 Tricks to Ace Any Job Interview
"Unfortunately, candidates aren’t judged on how well they do their jobs; they’re judged on how well they describe how they do their jobs.
Here’s What an Interviewer Really Means When They Ask “What Is Your Greatest Weakness?”
"Before you answer the question the employer asks, you should pause to think, 'What fear about the future caused them to ask this question about my past?
Chapter 13, Message 13.A
Download this PDF file, the executive summary of Dietary Guidelines for Americans, to complete Message for Analysis 13.
The All-Time Worst Interview Mistakes Job Candidates Have Made
According to Vivian Giang (photo, left), "Sometimes hiring managers can eliminate a candidate immediately because they've crossed the line and done something completely inappropriate.
How to Respond to 8 Illegal Interview Questions
"While you may end up being asked the standard "what is your weakness" question at a job interview, a sneaky employer may try to slip in some questions that are illegal to ask, in order to gain some possibly sensitive information," writes Justin Gmoser (photo, left) in presenting this video on the topic.
Mobile Message Mayhem
BusinessWriting.
The 9 Worst Body Language Mistakes You Could Make in an Interview
"In a job interview, your body language is especially important, since your behavioral habits communicate certain messages to hiring managers," says Vivian Giang.
The Most Ridiculous Things People Did in Job Interviews This Past Year
"The new year is often a good time to reflect on the good and bad things that have happened in the past year," says Vivian Giang with BusinessInsider.
7 Ways to Royally Mess Up a Job Interview 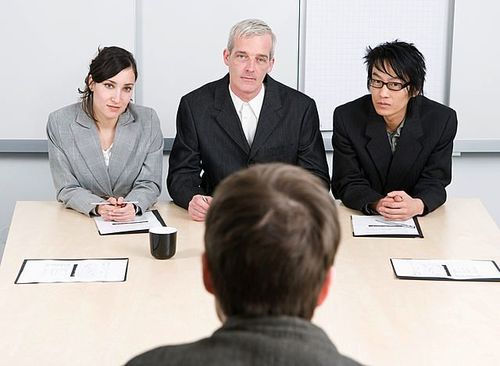 While there are plenty of ways to ace your next interview, there are also a slew of ways to expertly mess it up.

5 Tips: Best Times to Schedule an Interview
How do you know what date and time is the best to interview?
12 Ways to Bomb a Job Interview
From showing up too casually attired to giving a weak handshake, committing these mistakes will make sure you don’t get a callback (much less a new job).
How to Dress for Your Job Interview 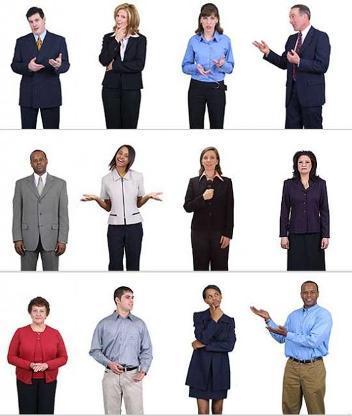 "Knowing what to wear on a job interview is half the battle of the interview itself.

How to Ace a Job Interview on Skype
If you haven’t conducted an interview by Skype yet, I’m willing to bet that it’s coming to your laptop screen or iPhone soon.
What Not to Say in a Job Interview
It's not all that difficult to completely blow a job interview.
20 Ways to Ruin Your Chances During a Job Interview
I've estimated that between career fairs and in-office interviews, I've interviewed over 150 people.
12 Infuriating Wall Street Interview Questions
Katya Wachtel (photo left), writer for BusinessInsider.