Five Good Reasons to Walk Out of a Job Interview
"You don't have to wait for a job interview to end before leaving.
Do These 8 Things Now to Reduce Email Risks
"This is a question I’ve been mulling for a number of months: How has email use evolved in the days since Sony's email server hacks and Wikileaks?
The 150 Most Commonly Mispronounced Words, Explained
Writer Katherine Brooks (photo, left) discusses the book - You're Probably Saying It Wrong by Ross and Kathryn Petras.
7 Social Media Strategies That Don’t Work How You Think They Do
According to Jayson DeMers (photo, left), "I don’t think there’s ever been a marketing strategy as wrought with misconceptions as social media marketing.
A Recruiter Who’s Held 5,000 Job Interviews Discusses What Catches His Eye
Áine Cain  (photo, left) discusses what PwC talent acquisition lead Rod Adams looks for during the hiring process.
How to Work with a Bad Listener
"It’s a challenge to work with people — peers, junior colleagues, or even bosses — who just don’t listen.
Is Artificial Intelligence Finally Coming into Its Own?
"With massive amounts of computational power, machines can now recognize objects and translate speech in real time.
Has Human Communication Become Botified
David Ryan Polgar (photo, left) asks, "How often do you receive a message and wonder, 'Did a person really write this?
15 Social Quirks That Make You Less Reliable
According to Rachel Gilbert (photo, left), "Being more likable is within your grasp.
The True Importance of Good Spelling
"Modern business is often conducted via quick-fire typing on tiny screens.
2017 Predictions for Artificial Intelligence and Communication
"Since everyone seems to be talking about AI broadly, we focused our predictions this year on what we see happening with communications and AI.
Three “Powerful” Speaking Habits That Are Intimidating Your Audience 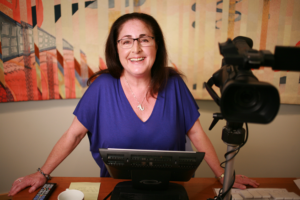 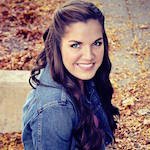 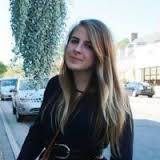 Tell Your Story in Less Time
"How often have you heard a public speaker or presenter dominate a conversation not because the story was so interesting but because the speaker was disorganized?
Five Job Search Moves That Make You Look Desperate
"Job-hunting is a lot like dating," says Liz Ryan in an article at Forbes.
AP Style and Chicago Updates from #ACES2017
"This was a big style-update year at the American Copy Editors Society (ACES) meeting.
Want Your Best Employees to Never Leave You? Ask Them 5 Simple Questions
"Want to do something that will launch you into the new era of HR?
You Can’t Concentrate at Work – but Research Says the Reason Is Not as Obvious as You Might Think
"If you are at work, there's a high chance this article is distracting you from what you from something you should be doing instead.
20 Companies That Are as Great as Google (and Hiring Now!)
"Sure, there’s plenty to love about working for a tech giant like Google.
Want Your Best Employees to Never Leave You? Ask Them 5 Simple Questions
"Most importantly, leaders should be asking these questions before their best people mentally and emotionally check out.
How to Achieve More by Doing Less
"[Recently,] Savvy Psychologist Dr.
4 Outdated Etiquette Rules You Don’t Need to Follow Anymore
"We asked [Daniel Post] Senning [photo, left] and Barbara Pachter, author of The Essentials of Business Etiquette, to tell us about some antiquated gendered courtesies and other etiquette rules that you don't need to follow anymore — and what you should do instead.